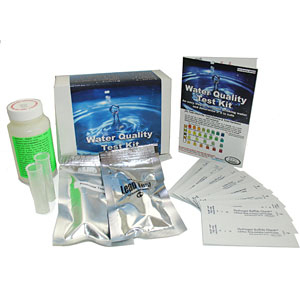 Consumers often ask the question, “OK, so my water is safe to drink according to my local Water Authority and a recent certified laboratory test, but why does it taste funny, smell bad and/or appear so cloudy?”

The answer to that question lies in something called Secondary Drinking Water Standards. The United States Environmental Protection Agency makes suggestions as to limitations for water parameters that do not necessarily pose health risks to humans, but can affect drinking water’s aesthetic properties (i.e. color, taste, odor, etc.).

If you need to test for any of the above items, we currently carry testing products for a number of them in the Water Test Kit Store (Shop.WaterTestingBlog.Com).

The government regulates the introduction of and requires the removal of items listed in the Primary Drinking Water Standards if they exceed Maximum Contaminant Levels (MCL’s) because scientists and health officials have concluded that overexposure to those items ingested via drinking water causes signifigant health risks in humans.

As always, when evaluating your drinking water for safety reasons, keep in mind that home water test kits work quite well as a screening tool in the field and that no one should rely colely upon the results of ANY field screening method when making the final determination as to whether or not they have safe drinking water.