Where Did the Arsenic (in Juice) Come From?

Thus far we suspect that either water used to irrigate the apple orchards contained trace elements of arsenic or the arsenic came from residuals of pesticides that contained arsenic. While laws currently prohibit the use of pesticides that contain arsenic now, no such laws existed 10 or 20 years ago and the possibility that residuals from those pesticides still may linger in some of the trees and soil around the trees certainly exists. 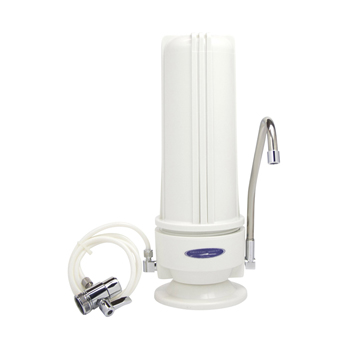 One can have a certified laboratory like National Testing Labs analyze their water for a wide range of potential well water contaminants (including arsenic), have a local lab come out and grab a sample for testing, or use one of the Arsenic Quick Water Test Kits.

The average person can install a water filter in their home or business that can remove or reduce arsenic levels in their source water. Typically one can install a counter top, under sink or whole house system but make certain the model you select will work for your specific water quality situation before making a purchase.

Some water filters for arsenic (and many other water contaminants) may have performance problems if certain other water quality parameters like pH, alkalinity, total hardness, iron, copper, manganese, chlorine, etc. have strayed too far out of expected ranges.