Where to Get All Water Tests

The internet makes locating information, goods and services so much easier than in the past and when it comes to inquiries about water testing the Water Testing Blog definitely gets its share of inquiries from outside the United States.

Today’s inquiry came to us from ‘Ashish’ who wrote, “hi,i am a mp govt emploie i want all test for water because my department allso belong these.”

Unfortunately, without knowing exactly what testing Ashish’s department performs we really can’t provide him with much of an answer except to recommend the following general, all-purpose testing equipment:

So, we regretfully cannot say that we have satisfactorily addressed Ashish, but we did at least try. If you have more specific questions, Ashish, please feel free to contact us again!

Diligence in monitoring water quality always makes sense and it really makes sense if you live near industrial complexes, manufacturing facilities… or in this case a mining operation. ‘Andre’ wrote in and asked,

I want to send a sample of river water downstream from a mining opeation to see if and what the chemicals and water is composed of…we fish on this river and would like to submit samples for testing..we are on a budget but still would like to know what is in the water??

and the cost of sending in samples of the river water..thanks

In a situation like this we would suggest submitting a sample to a company like National Testing Laboratories which offers several levels of testing packages. For more information on this company, please refer to a previous article called Who is/are National Testing Labs?

Once you have established a baseline reading by getting the water tested by a qualified water testing laboratory you will want to keep tabs on the water’s quality by using basic test kits from companies like SenSafe and WaterSafe.

We suggest keeping an eye on the total dissolved solids level in a water source with a simple TDS Meter and monitoring for sudden spikes in TDS levels. Massive changes mean something has entered the water supply.

While that ‘something’ may just be silt kicked up by heavy rains, one should get curious if the levels spike at times other than after rainstorms or other plausible explanations for elevated TDS levels.

If you want to perform a wide range of water tests on a regular basis we suggest investing in a kit like the Well Driller Master Test Kit since it allows users to test up to 50 samples of water for critical water quality parameters.

Where Can I Get a Well Driller Master Test Kit?

Today’s inquiry came to us from ‘Ramprakash’ who very plainly said, “I want to buy Master Water Testing Kits”.

We think you have excellent taste water test kits, Ramprakash, because the Well Driller Master Test Kit puts the power to perform multiple samplings on water sources right where it belongs: In the hands of private well owners.

Where to buy the Well Driller Master Test Kit?

The Standard kit has a few less tests and costs around $160 while the Master kit has a cost of around $240.

Today’s inquiry came to us from The United Arab Emirates and their inquiry dealt with DPD-1 (What is DPD?, the chemical reagent used to detect free chlorine in a water sample. Mohanad asked,

When testing for free chlorine most test methods use DPD-1 as the test reagent, though in the United States the USEPA has approved an alternate method (SenSafe Free Chlorine Water Check) for testing free chlorine levels in drinking water.

Where to Buy DPD-1 Test Reagents

We have found that online pool stores such as serve as very convenient place to purchase DPD-1 test reagents. As of right now, In the Swim has 1,000 DPD-1 tablets (for use in 10mL samples) available for less than 5 cents per test!

Easier to Use Form of DPD-1 Chlorine Test Reagent?

Looking for an equivalent but easier way to test free chlorine using your existing meter or test system that uses a 10mL sample size? If so, DPD-1 ReagentStrips function the same as or better than traditional DPD-1 test tablets, powders and liquids. 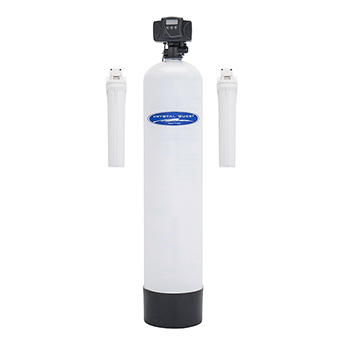 Many of you have asked us for a definition of ‘groundwater’ so below you will find an excerpt from the EPA web site that does an excellent job of summing up what gets classified as groundwater and why clean groundwater matters so much:

Ground water flows slowly underground through pore spaces between sand, gravel, and cracks in rock, in underground formations called aquifers. These aquifers supply water that is used for sources for drinking water, agriculture, feeds our lakes, and recharges our streams and rivers.

So as you can clearly see, having safe, clean groundwater matters to each and every one of us. Without it we will all face a high probability of disease and sickness because of the contaminants we would ingest by drinking water from polluted groundwater sources.

Without regular well water testing well owners will not know if the aquifer from which they obtain their water has become contaminated.

While the list of potential contaminants would take forever and a day to complete, the most commonly found contaminants in groundwater include arsenic, nitrates, nitrites, coliform bacteria, and various metals such as lead, iron, copper, manganese, etc.

Far too many private well owners put faith in notions such as “my well gets its water from the deepest part of the aquifer so I know it’s safe to drink” or “we have never had a problem before so we shouldn’t have one now” and potentially set themselves up for trouble.

Contamination of aquifers does happen and it can occur without any clearly identifiable cause. It takes time for unwanted contaminants to work their way down through the soil and/or through vast mazes of underground waterways so a contaminant found today may have began its journey into the aquifer years ago.

Well and groundwater professionals all pretty much agree that private wells should get tested for at LEAST coliform bacteria, nitrates/nitrites, arsenic, and dissolved heavy metals once a year — preferably by a certified drinking water testing laboratory.

For a list qualified labs in your area, take a look at the State Certification Officers for Drinking Water Laboratories page on the EPA web site. It contains a list of links to certified labs arranged in alphabetical order by state.

For those who would like to perform spot checks on the quality of the water produced by their well on their own, we suggest taking a look at the Well Driller Master Test Kit since it gives well owners the ability to test for many different parameters on more than one occasion.